“Rosie the Riveter” became a cultural icon in WWII history.  But not all “Rosies” used rivet guns.  During WWII women went to work in factories, shipyards, and munitions plants.  They made war supplies and did industrial work when the men went off to war.  This story is about a “Rosie” named Katherine (Kay) Sakalay who worked (without a rivet gun) at Willow Run in Ypsilanti, Michigan, where Consolidated  B-24 Liberator heavy bombers were produced during WWII.

In 2013 Kay wrote of her working life at Willow Run during WWII.

I am Katherine Sakaly Brown.  I will be 90 years old this August and now live in San Antonio, Texas.

My parents George and Eva Sakaly immigrated from Greece, my father from Bergama (then Greece, not Turkey) in late 1910 and my mother from the island of Lesbos in the early 1920s, both coming through Ellis Island on a quota.  They met and married in 1921, and I was born in 1923 in Ann Arbor, Michigan, where the stadium for the University of Michigan is now located.  They [the State of Michigan] declared my parents’ property eminent domain, and they had to move.  I was told I was born on the 40 yard line.

My parents moved to Petersburg, Michigan, about 60 miles north of Ann Arbor, built a home and grocery store with a gas station.  I went to school in Petersburg from 1st grade to high school graduation in 1941.

I was hired for my first job at Willow Run (Ypsilanti, Michigan) I believe in February 1942.  This plant was to build the B-24 bomber known as the Liberator.  At the time I started working only part of the structure was built, only the tool and dye shop was completed, and the remainder of the plant was wide open with construction.  We were given uniforms in about a year, and our name badges designated the area which you were supposed to be working.  The plant worked 3 shifts a day non-stop until 1945.  I believe it numbered something like 40,000 employees, trains were sent to the south to hire people to staff the factory, most of them never returned to their hometown.  All employees had to punch a time clock, in and out, and if you were a minute late you were docked 15 minutes of time.

Henry Ford was instrumental in building the factory, staffing, and producing the B-24 Bomber.  I remember seeing him walking through the plant at various times with a couple of his staff.  He was reported to be a stern, non-smoking, non-drinking, non-union individual.  There was no smoking in the factory at any time.  He did not live to see the final plane leave the plant, however, Henry Ford II was there when it was towed from the plant to the hangar.  There was a picture of this event, and I was seen in it, my rear view that is.

I first worked at a crib, which was a small station within the factory, keeping inventory of parts used and parts to be ordered.  From there I became something like a runner, taking small parts where they were needed.  Our lunch period was 15 minutes, and they would bring in caterers in portable chuck wagon types of structures.  You ate wherever you were standing or sitting.  The food was typical GI food in the military, served on metal trays; it was this or bring your own meals.  We had lockers on the second floor; these were located around the sides of the plant also the laboratories, etc. were on the balconies.

The parking lots were a nightmare.  You had to remember where your car was and which side of the plant you had parked or you would be there for hours looking for your transportation.  Car pooling was a must.  I had a 1940 Buick that we used when it was my turn to drive.  We changed cars, each passenger taking their turn, and we paid the driver when we were passengers.  I don’t remember how much we paid.  We had gas rationing; when you worked for a defense plant you had ample gas for your trips.  The coupons were a must for us.  During the first 2-3 years, most employees had to work all 3 shifts when their turn came.  Later on, when I was transferred out to the hangars, my shift remained on the day shift.

I wish I could remember when the first plane was finished and taken out to the hangar, but it was a great day for all of us.  The plant itself was a mile long in size, not counting the hangars and the administration building which were separate buildings.  From the parking lots one had to climb a very tall staircase to cross over to the factory itself, you could not walk in from the parking lot to the plant.  Your ID was checked when you got to the inside of the plant.  Badges were part of your anatomy, pictures, and IDs as to which part of the plant you had to access.

Underneath the balcony were offices for different officers to conduct their operations.  I wound up in one of them for quite some time.  There were offices up on the balconies also as well as a cafeteria later on.  If you did not have the proper identification you could not walk through the plant to look around.  You stayed in the area where you were assigned to work.  I never had anything to do with putting the airplane together;  I was always in a clerical type of job.  I never got inside of the B-24 until I was assigned to the hangar areas and then only to stow the confidential information aboard and get off.

There was an altitude chamber in the hangar which dropped the oxygen, temperature, etc. ranging from the ground level to several thousand feet in a very short time.  I got in it when it went up to 12,500 feet, and it was a light-headed feeling.  You were told to talk a bit when you were in various stages of rising altitude.  It was rather large, capable of holding several people at one time.

There was a huge mound on the grounds where they practiced shooting all the [B-24] guns.

When the planes were finished a factory pilot had to pre-flight the plane to make sure it was good enough to pass on to the United States Army Air Force.  When the weather was bad, this was Michigan, and we had a lot of nasty weather, the planes would stack up on the aprons until weather cleared up for a pre-flight.  When the planes were OK’ed by the crew, etc. they were turned over to the military that came in to ferry the aircraft where they were designated to go.  The pre-flight crew consisted of four men: a pilot, co-pilot, radio man, and flight engineer.  When they completed their check, then the plane was turned over to military pilots.  [Willow Run had 1,300 cots for military crews to sleep while they waited for their assigned B-24 to roll off the assembly line.] 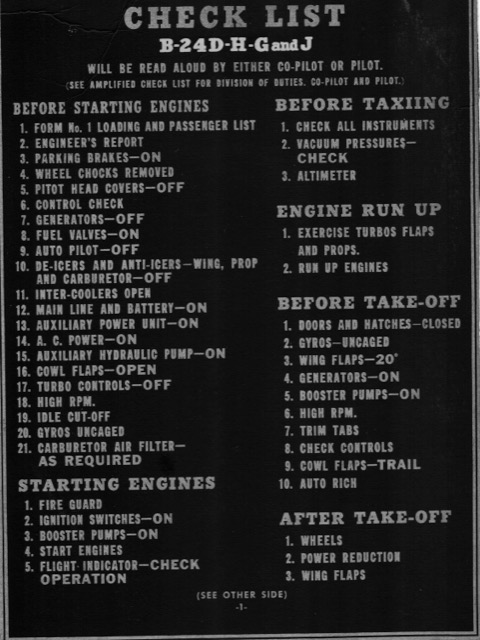 When it was no longer necessary for them to manufacture the B-24, the plant was shut down.  Their goal was to make a B-24 every hour.  I don’t know if that goal was ever reached by the end of WWII, I am sure it was.  [At its peak in 1944 a B-24 rolled off the Willow Run assembly line every 63 minutes.]

Over 8,600 aircraft were manufactured and an equal amount of parts manufactured for planes already in service.

In one of Kay’s great stories about Willow Run she tells of attending a meeting there with B-24 pilot James Stewart who was visiting the plant.  She said Hollywood actor Jimmy Stewart was a friendly, down-to-earth man who was very tall.

In the late 1940s Kay accepted a job with the United States (US) State Department and worked for a time in post WWII Germany.  From Germany she relocated to Paris, France, and worked on special assignment to the US Ambassador.  For her entire life Kay had a special place in her heart for Paris.

In the 1950s Kay moved to Texas and became an assistant to then US Senator and future President of the US Lyndon B. Johnson.

Kay married Harold Brown, a Texas businessman, in 1965 and spent the rest of her life in Texas.

I knew Kay to be a wise and spirited lady.  She was a woman ahead of her time and a wonderful friend.