Harold Franklin “Mac” McDonald was born July 24, 1923, on a farm in Menifee County, Kentucky, to parents Frank and Anna (née Bowling) McDonald.  He had three siblings.  His parents managed the Bowling farm during the Great Depression.  The main crop of the farm was tobacco.

On December 7, 1941, Mac returned to the farm after rabbit hunting. He found his father pacing the floor.  Frank told his son the news.  It was particularly upsetting to Frank hearing of the sinking of the United States Ship (USS) Nevada; Frank was a sailor on the USS Nevada in WWI.

Mac graduated from high school a term early and found a job as a machinist at Sun Shipbuilding.

[At the beginning of WWII Sun Shipbuilding and Dry Dock Company was one of the largest shipyards in the United States (US).  During the war the company built tankers, escort carriers, hospital ships, and cargo ships for the US Maritime Commission.]

While working at Sun Shipbuilding, Mac tried to join the Merchant Marine and the US Navy.  He was rejected; he was color-blind.  When Mac heard he would soon be drafted,  he decided to return to Kentucky because he wanted to enter the military from his home state.

Mac was a good worker at Sun Shipbuilding; he was promoted three times.  His supervisor offered him a military deferment to continue to work there.  Mac said no.  That was the first of two opportunities Mac had to not go to war.

Harold Franklin McDonald was inducted into the US Army on February 11, 1943.  Private (Pvt.) McDonald trained as a combat infantryman and was assigned as a gunner in a five-man mortar squad with the US Army 97th Infantry Division (ID).  He was promoted to Private First Class (Pfc.) on September 16, 1944.

Stateside training concluded in California.  During a training exercise in the surrounding hills around San Diego, California, a brush fire burned Mac’s hands, and he was hospitalized at nearby Camp Cook.  The burns became gangrenous.  A military physician told him that he could get a medical discharge.  That was Mac’s second opportunity to not go to war.

Many of the 97th ID training exercises in California involved amphibious landings.  Mac said their “graduation” exercise was a full scale, live ammunition, amphibious beach landing on San Clemente Island off the coast of California with 500 pound bombs dropped. Many soldiers in the 97th ID thought they were going to be sent to the Pacific Theater of Operations (PTO).  The US Army 97th ID was sent (first) to the European Theater of Operations (ETO).

By train from California to Camp Kilmer, New Jersey.

[Camp Kilmer was one of the staging areas on the east coast for military units being sent to the European Theater.  Transport ships carrying military troops and supplies would depart New York City and cross the Atlantic Ocean to Europe.]

While waiting for a ship at Camp Kilmer, the troops could get a military pass to visit New York City.  One of the most famous and popular places to visit was Jack Dempsey’s Broadway Bar and Cocktail Lounge near Forty-Ninth Street.  [William Harrison “Jack” Dempsey was a US professional boxer who held the world heavyweight title from 1919 to 1926.] 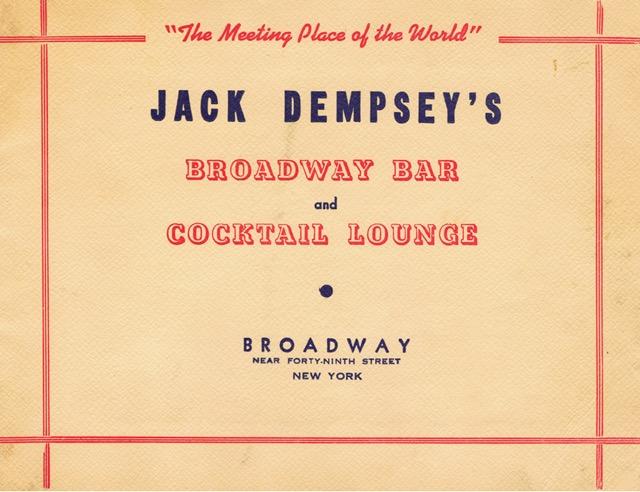 In a 2011 oral history interview with the National Museum of the Pacific War in Fredericksburg, Texas, Colonel Harold F. McDonald, US Army Reserve (Retired), shared his experiences during WWII.

The European Theater of Operations (ETO).

On March 29, 1945, the 97th ID was transported in 40 x 8 (40 men or 8 horses) boxcars from Rouen, France, through Maastricht, Netherlands, to the German border.  At the border the train engine was changed to the rear of the line of boxcars which were then pushed across a bridge into the area around Aachen, Germany.  As the men got off the train, they lined up in columns of two and marched toward the front lines. Mac remembers the sound of boots marching on snow, seeing dead bodies lying in a minefield, and observed the night sky lit up by artillery fire.

Mac’s company took up a defensive position across the Rhine River from Düsseldorf, Germany.  As the 97th ID position moved south along the Rhine at one time they were relieved by a US Army 101st Airborne unit. They watched the 101st add multiple telephone lines to prevent the loss of communication in the area.  Mac said they were “very impressed” with the 101st and learned the importance of redundancy.  Also, they noticed the “battle tested” 101st put their trench knives in their boots.  Mac said he and his company started to put their trench knives in their boots.

As Mac and his company advanced into Germany they encountered groups of displaced persons (DP) fleeing west, mostly Polish and Czech slave laborers who were forced to work in German armament factories.  [A DP is defined as a person outside the border of their home country when WWII ended.]

[During the Battle for the Ruhr Pocket, Pfc. Joe R. Hastings of the 97th ID, 386th Infantry Regiment, Company C would distinguish himself in action when attacking an enemy position at Drabenderhöhe, Germany.  He would posthumously be awarded the Medal of Honor.  Mac knew him; they had played cards together.]

After capturing a German town in the Ruhr and having some stand-down time,  Mac and another soldier “liberated” a German Opal and drove into the forested hills north of the town.  In the forest they were taken by surprise when German soldiers surrounded the car. Mac got out of the vehicle, started to put his hands up, saw a German soldier with his arms up in surrender, quickly reassessed the situation, put his hands down, took out his .45 calibre pistol, shot it into the air, and then aimed it at the Germans and said, “You are my prisoners.”  A German soldier handed his MP40 submachine gun (Allies called it a Schmeisser) to Mac in a gesture of surrender.  Mac fired  it into the air, and it jammed; the soldier took the submachine gun back from him, unjammed it, and handed it back to Mac.  A German major, in perfect English, said he would only surrender to an officer.  There being no US Army officer nearby, he decided to surrender to Pfc. Harold McDonald and asked to bury the German dead before they left the area.  The request was granted.  Pfc. McDonald ordered the Germans to line up in a column of two, and they marched out of the forest into the town where Mac’s unit was waiting for the surrendering Germans.  Mac said he and the German major talked during the march.  The major who was in charge of an artillery unit told Mac his last order was to use all of his ammunition, and then they could surrender.

Mac said in his interview that “surrendering is an art” that may or may not be successful.

On April 25, 1945, during combat with the Germans in a partially wooded area just inside the Germany and Czechoslovakia border, a member of Mac’s unit, Pfc. John “Jack” Van Valkenberg, was shot in the abdomen by a German.  The company medic, Pfc. Charles Kuhlman, who was identifiable with a Red Cross on his helmet and on his medical bag, went into an open field to treat him.  Jack did not survive his wound.  Pfc. Kuhlman was walking back to the American line when he was shot in the back by a German.  He was within a few feet of Mac; Mac was looking at him.  Mac saw the fatal bullet exit through the medic’s field jacket pocket. The 97th called in an artillery attack on the wooded area and approximately 50 Germans surrendered.

The 97th ID had advanced into Czechoslovakia when on May 8, 1945, WWII officially ended in the ETO.  The division moved back in stages to Le Havre, France, and on June 16, 1945, set sail for Boston, Massachusetts.

The division was given a 30-day leave back in the US.

The Pacific Theater of Operations (PTO).

On September 1, 1945, the 97th ID departed Seattle, Washington, on the USS General John Pope for the Pacific Theater.  Mac said a band was playing the Glenn Miller song Sentimental Journey when the ship left.

On September 2, 1945, the Japanese officially surrendered to the Allies on the USS Missouri in Tokyo Bay, Japan.

The 97th ID arrived in Yokohama, Japan, on September 25, 1945.  The division would be part the post WWII Allied occupation force with an assignment to dispose of and confiscate Japanese military property.  Mac’s company was sent to Chichibu in the Saitama Prefecture on Honshu.  One of their duties was to guard the Asan gas dump and aviation fuel tanks and to insure all military factories in the area were closed.  They found a closed factory building where Japanese uniforms were made during the war.  However, the factory owner had moved the manufacturing equipment to a dormitory housing workers and set up a production line there.  The factory was closed a second time.

In February 1946 the 97th began sending troops back to the US.  Mac recalled taking a train from Chichibu to Tokyo, Japan.  While waiting for a ship returning Allied troops to the US, he played his first game of golf at the Tokyo Country Club.

Due to rough weather in the Pacific Ocean, Mac’s military transport ship returned to Los Angeles, California, instead of Seattle.  The ship arrived at night; there were no bands or welcoming crowds.  But Mac had survived the war.  He was 22 years old.

[The last official shot of WWII in the ETO was credited to Pfc. Domenic Mozzetta of the 97th ID, 387th Infantry Regiment, Company B when before midnight on May 7, 1945, he shot at a German sniper near the town of Klenovice in Czechoslovakia.

Counter-intelligence officers of the 97th ID in Japan would find $3 million dollars of silver bullion in Iida and $2.5 million dollars of stolen radium in the Osaka German consulate on October 26, 1945. In Karuizawa on October 31, 1945, the 97th ID counter-intelligence Special Agent Robie Macauley arrested 26 prominent Nazis who were hiding there.]

After WWII using the Servicemen’s Readjustment Act of 1944, also known as the GI Bill, Mac attended the South Dakota School of Mines and Technology and graduated with a Bachelor of Science Degree in Civil Engineering.  While in school he met a young lady, Sara (Sally) Yetter.  They were married in 1950 and had three children.

Many returning servicemen after WWII decided to stay in the US military either on active duty or in the reserves.  Mac joined the US Army Reserve.  In his civilian life, he had a successful career as a businessman and banker.  He retired from the US Army Reserve as a Colonel in 1978.

Harold F. “Mac” McDonald passed away on June 14, 2012.  When I interviewed him in 2011 he had a final thought about the dropping of the atomic bombs on Japan that ended WWII.  When Mac arrived for occupation duty in 1945 he saw three rows of trenches dug along the shoreline around Yokohama.  During his time in Japan he observed the military capabilities of the Japanese and the spirit of the citizenry who would have fought to their death.  His belief was that many more Japanese and Allied lives, above the number of those lost in the dropping of the two atomic bombs, would have been lost if  the planned Allied invasion of Japan (Operation Downfall) had taken place.

Thank you to Kathleen, Linda, and John, the children of Harold McDonald for their help in researching this story and for permission to use the photographs.

Harold F. McDonald’s full interview is in the archives of the National Museum of the Pacific War in Fredericksburg, Texas.  Thank you to museum archivist Chris McDougal for providing information related to this story.

Thank you to historian Dr. Vernon L. Williams, Director of the East Anglia Air War Project, for his research assistance.

Thank you to WWII historian and researcher Sue Moyer.

Thank you to historian G.L. Lamborn.