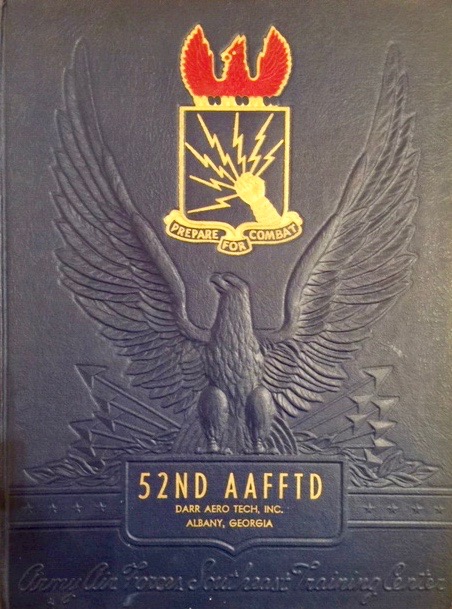 “They call him the Little Tin Guy.

His nerves seem all metal, his mind works like a compass, and his job is to get our bombers there and get ’em back, over land, over water, through weather and rain and hail and fog — through anything!  He is better known as the navigator.

Without the navigator, bombers would be freight loads of destruction rushing at terrific speed through tractless space but rushing without purpose, without destination.

To be classified as navigator he must be a steady-nerved, cool-headed individual capable of making lightning decisions. … He must have the brawn and the wind to move around in a plane at high altitudes, forsaking his oxygen.  He must be able to work complicated problems at dizzy heights where the average man cannot add three and six.

Adrian was born November 4, 1917, to Frank and Antonia (Paska) O’Konski who owned a farm in West Kewaunee, Kewaunee County, Wisconsin.  He was one of 10 children.  Two of his siblings, Genevieve and Lawrence, died as young children.  Adrian’s grandparents had emigrated from Prussia [present day Poland] to the United States (US) in the late 1800s.

Adrian was a schoolteacher when he enlisted in the US Army Air Forces (AAF) in May 1942.

Appointed an Aviation Cadet and due to class scheduling issues, Adrian initially attended the Flexible Gunnery School at Buckingham Army Airfield at Fort Myers, Florida, before reporting to an AAF Classification Center.  He graduated from gunnery school July 8, 1942.

After gunnery school, Adrian reported to the 52nd AAF Flying Training Detachment in Albany, Georgia.  At this AAF Classification Center the aviation cadets were administered weighted psychological tests and mental examinations to determine those men who would best be qualified to become pilots, bombardiers, and navigators.  After being classified a navigator,  Adrian began weeks of elementary navigation ground and flying training before being sent to a navigation school.

After Classification Center graduation, Aviation Cadet O’Konski was sent to the AAF Navigation School at Selman Field in Monroe, Louisiana, for advanced training.  The School had a difficult curriculum of ground and flying instruction which was 18 weeks long.  In peacetime the course of instruction was given over a two year period.  Instruction included plotting flight direction and alternate routes, monitoring fuel consumption, locating targets and alternate targets, flying in all types of weather conditions at different times of the day and night and at different altitudes.  Pilotage, dead reckoning, radio communication, and celestial aspects of navigation were stressed.

In a November 1943 letter to “Jocko” (a nickname for his brother, Stanley),  Adrian wrote of the importance of  “Zero Zero” in training which is the ultimate objective of the navigator.  He wrote, “Flew a Radius of Action today — that’s where you fly in one direction for a certain time.  You then must change course and get to a certain base within a given time within 2 minutes or less of the time you estimate which is determined by the amount of fuel you got.  Got there O–O on the way out 245 miles and was a mile and half minute off on the way back.  Time is so important that we must keep it to the second.  In celestial [navigation] each second off throws you a mile off — so you see what it means.”

Zero Zero navigation would play a major role in a July 24, 1944, combat flying mission to the Saint-Lô area of France.  All the instruction and flying training would prove vital in the quickly and ever changing environment of combat flying.  Comprehensive training before going to war can save lives.

Aviation Cadet Adrian O’Konski graduated from the AAF Navigation School on November 13, 1943.  After graduation from a military school, aviation cadets were discharged from the US Army.  As was the custom, a few days later the men were again sworn into the US Army as a Second Lieutenant (2nd Lt.).

2nd Lt. Adrian O’Konski’s first assignment as an officer was crew training in the B-17 Flying Fortress at Army Air Field Ardmore, Oklahoma.

In June 1944 the B-17 Walter Sumner crew with 2nd Lt. O’Konski as navigator arrived in England ready for combat.  They were assigned to the US Eighth AAF, 306th Bombardment Group (BG), 368th Bomb Squadron (BS), based at Thurleigh.

[Seven weeks after the D-Day landings at Normandy, France, on June 6, 1944, the British, Canadian, and American units were at a stalemate against the German defensive lines around Caen and in the bocage areas of Normandy.  Operation Cobra was an offensive launched by US Lieutenant General Omar Bradley, Commander of the First US Army, to push back and push through the German lines.  The First US Army would then be able to advance into Britanny.  The British Second Army and the Canadian First Army launched concurrent offensives with the US Eighth AAF which resulted in the success of  Operation Cobra, and the Allied lines advanced.

The plan of attack for Operation Cobra included the bombing of German defensive lines by B-17 Flying Fortress and B-24 Liberator heavy bombers.  On July 24, 1944, over 1,500 bombers from the US Eighth AAF took off from England with a target destination of the Saint-Lô area of France.  Bad weather and miscommunication between the US Army and the Eighth AAF as to the directional approach of US aircraft bombing the German lines resulted in friendly-fire deaths of American troops on the ground in the area.]

In a 2008 telephone interview* Sumner crew B-17 Waist Gunner Robert (Bob) Horste recalled the July 24, 1944, mission to Saint-Lô, France, in support of Operation Cobra.  He said 306th BG B-17s were following a formation of B-24s.  A smoke bomb dropped from the lead B-24 which was interpreted as a signal to other aircraft to begin dropping their bomb load.  Bob spoke of 2nd Lt. O’Konski, realizing the bomb drop was three miles short of the designated target, got on the radio to notify Pilot Walter Sumner.  Sumner radioed the information to the other aircraft, and the mission was halted.  Bob surmised the smoke bomb released from the B-24 was accidental in that he says B-24 bomb bay doors could open in a jerking motion and that may have dislodged the smoke bomb from inside the plane as the B-24 readied for the bomb drop.  He felt that many American lives on the ground were saved that day because of the action of 2nd Lt. O’Konski.

For his military service 1st Lt. O’Konski was awarded the Distinguished Flying Cross.

After WWII Adrian and Almeda moved to Adrian’s hometown of Kewaunee, Wisconsin.  Adrian’s mother, Mrs. Frank O’Konski, was one of the lucky mothers — her boy came back home after the war.

Adrian was elected Kewaunee County Clerk and served from 1949 – 1961 before going into the local banking business.

Adrian remained in the US Army Reserve after WWII and was Commander of the US Army 887th Field Artillery Battalion Armory in Kewaunee until his retirement in 1974 as a Major.

Flyers often carried with them on combat missions a symbol of something they hoped would bring them luck.  A niece of Adrian O’Konski, Esther Nemetz, said Adrian always wore the same trousers when he flew and carried a rosary in his pocket.  The rosary was a gift from his beloved sister, Anna.

Thank you to Karen and Sharon, the daughters of Adrian and Almeda O’Konski, for their help in researching this story.  Photographs are used with the permission of the family.

Thank you to the Kewaunee, Wisconsin, County Clerk’s Office for their research assistance.